Our office also has been in the news…

Another very proud win for justice in a high-profile court case in Wayne County, Pennsylvania:

Our office was lead counsel for the first challenge to the Legislative Reapportionment Commission’s state house legislative map:

——————————————————————————-
We were very proud to win justice in a high profile court case.  Our statement released was as follows, and news organizations throughout the United States included same in their reports:

“Ms. Snell is grateful that justice prevailed. She has been awarded sole legal and primary physical custody of their children. She will continue, as always, to focus on their best interests.”

We stand up for you.

So proud to be a member of Gilliland Vanasdale Sinatra Law Office, LLC. WE STAND UP FOR YOU! We proudly represent ALL people and businesses in need of legal services

*NEWS RELEASE*
Statement from Attorneys Jen GV Gilliland Vanasdale of Gilliland Vanasdale Sinatra Law Office, and Timothy Wojton of Scanlon & Wojton, who jointly represented Scott Timko and his campaign committee in the civil lawsuit filed by Attorney Tom King and Jordan Shuber (and previously joined by Attorney Doug Linn) on behalf of Lisa (Metcalfe) Swinto, daughter of Daryl Metcalfe.
Today a visiting Senior Judge to the Butler County Court of Common Pleas entered an Order sustaining all of the Preliminary Objections filed by Timko and dismissed Swinto’s civil lawsuit of defamation and false light.
“Scott Timko had the courage to stand up to a 22-year career politician and fight for change. Today’s ruling proves that the Constitution and freedom of speech protects those who challenge bullies and justice prevailed.”

Attorney Jen GV Gilliland Vanasdale has been nominated and selected as Five Years American Institute of Family Law Attorneys’ 10 Best in Pennsylvania for Client Satisfaction.  The process is rigorous and based largely on attorneys’ relationships and reputation among their clients. 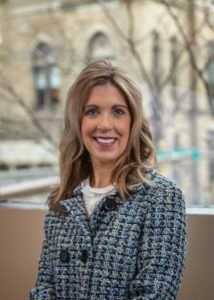 A lawyer representing the woman suing President Judge Thomas Doerr announced her intention to run for judge in the court next year, calling the current court system a monarchy plagued by nepotism under Doerr.

Jennifer Gilliland Vanasdale, 48, a founding member of a law firm based in Butler and a lawyer representing Crystal Starnes, said she plans to pursue both the Democratic and Republican nominations in next year’s primary.

Her client, Starnes, a Butler County probation officer, filed a federal lawsuit against Doerr and others, alleging sexual misconduct and workplace discrimination,

“I believe that I’m the most qualified,” the Butler resident said of her run for the judgeship. “I’ve learned the skills to be efficient and effective. I really enjoy working hard for the people.”

If elected, she would replace Judge Marilyn Horan, who recently left Butler’s court system for a federal appointment to the U.S. District Court in Pittsburgh.

Before that, Gilliland Vanasdale worked with Nationwide Insurance in downtown Butler, where she started in 1993 after graduating from Indiana University of Pennsylvania. She began working in Nationwide’s insurance claims department and made her way up to claims that involved lawsuits. She continued working full time with Nationwide while attending Duquesne University School of Law in Pittsburgh, where she would commute between school and work at least four times a week.

“I take such joy in this work,” Gilliland Vanasdale said of the practice of law. “I truly believe that justice is blind and it should be administered with the utmost integrity. That’s what brought me to make this decision.”

Gilliland Vanasdale will spend the rest of this year transferring her cases to other lawyers in her firm as she focuses on the election.

“It was a tough decision,” Gilliland Vanasdale said about stepping down. “But I felt that it was important for the community to have my skills in the court and on the bench in general.”

Addressing her claim of nepotism in the Butler’s court system, she pointed out that Doerr’s wife, who is an attorney, was appointed in family court as a paid Guardian Ad Litem; someone who reviews cases related to custody. Doerr was unavailable for comment Friday.

While at Nationwide and then with the law firm, the Butler High School alumnus said she has “seen people’s work ethic, and I believe they deserve that same work ethic” in the court.

“That’s why I was so troubled with the events of this past year,” she continued. “No one is above the law. No one should abuse their power.”

Gilliland Vanasdale said she sees her client’s allegations against the president judge as indicative of a flawed court system.

“I want to have transparency,” she said. “I want everyone to have a fair shake and not be about who you know. I think it’s best to have checks and balances.”

At least one other individual is preparing to declare a candidacy for the vacant judge position. County common pleas judges serve 10-year terms in Pennsylvania.

Our law office has expanded and opened a satellite office across from the Butler County Courthouse!  Please see the front page article in the Butler Eagle regarding our expansion and contribution to the development and renovation to downtown Butler:

Our office was involved in a highly complex Juvenile/Family Court matter in Butler County.  Please see below for more information:

We are pleased to report that since litigation in this matter was concluded, the parents and their children involved have been reunited as one family. The case has been closed in the juvenile court system.

Please see below for more information:

Our Attorneys in the News: